Politico published today a detailed report on the “militants, trolls and media-savvy activists” that are giving Marine Le Pen an edge in the upcoming French election.

PARIS — Not long ago, Philippe Vardon was an anti-immigrant activist best known for carrying out shock propaganda operations, like occupying mosques or serving pork-laced soup to the homeless in Nice, the southern French city that has a large Muslim population.

Today, he is a top general in the sophisticated social media campaign working to get Marine Le Pen — the leader of the far-right National Front party — elected as president of France. 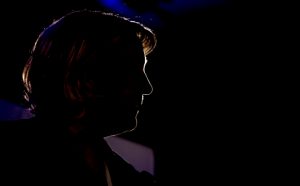 was the first party in the country to put up a website in the mid-1990s — and has invested aggressively in its social media operation. The investment is paying off as Le Pen boasts the highest social media “engagement rate” (measured by likes and follows) of any presidential candidate, while commanding legions of online volunteers in France, Europe and beyond who work each day to amplify her message….

Vardon declined to confirm the Front’s connections to activists abroad. But he did acknowledge the existence of a global “patriotic” front online.

“All of a sudden, we see a lot of people, especially Trump supporters, who consider that, ‘OK, now Brexit is done, now Trump is done, we are moving on to France.’ You can see how central the French election is to their view of the world,” he said.