One of the targets of the Russian Troll Factory has been Ukraine.  It is therefore understandable that Ukraine officials came to feel they need to develop a defense of their own.  In February 2016 the Ukraine’s new Information Policy Ministry announced the launch of its own i-army, which will focus on challenging the enemies version of events on social media.  The Guardian reports,

“I already said more than once that we should effectively combat Russian bots and fake information,” Ukraine’s information policy minister Yuriy Stets said. “I think this project will give us many volunteers who are ready to disseminate truthful information and expose fake reports from Russia.” 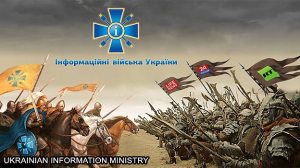 cause. The i-army.org site itself, where volunteers can join, is certainly not very appealing to outsiders. It is a crazed and relentless jumble of unflattering stories about Russia – from details about the MH17 air crash, to doping by its athletes, to unsubstantiated allegations from the western media that Putin is a paedophile. “Do not let yourself be deceived – spread the truth!” the site says, rousingly.

More obvious signs of life can be found on the i-army’s Twitter page. This is very active, with 12,800 followers, which isn’t bad, and retweets regularly runs into dozens or hundreds. Clearly some of its followers have been arguing Ukraine’s case online, but the tweets themselves are not very persuasive, offering photographs of captured Russian military hardware, dry political statements and sudden comic memes about Russia’s federal reserves, for example.

The account’s wallpaper perhaps tells you everything you need to know about the Information Policy Ministry – or the “Ministry of Truth”, as some Ukrainian wags prefer. It depicts a group of noble white knights carrying the ministry’s logo into battle against, literally, an army of fantastical trolls (who rather incongruously carry the logos of RT television and Russia 24). No matter how sympathetic one might feel towards the Ukrainian cause, it is hard not to feel that this particular region of the conflict needs a lighter touch.